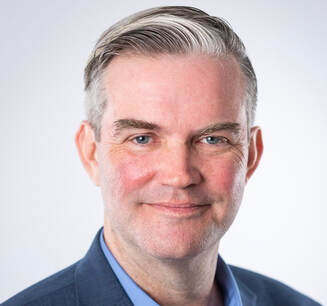 Matthew Quinn (Artistic Producer - Combined Artform / Executive Producer - Theater Asylum)
​has been involved in theater production and venue management for over 20 years in San Francisco and Los Angeles. He created COMBINED ARTFORM, as a production company in 1998 with Producer Bertha Rodriguez and has produced, co-produced, presented, booked and promoted hundreds of shows. He has been an active player as an advisor, venue manager with the Hollywood Fringe Festival since its onset in 2010, He has been involved with 13 shows in the Hollywood Fringe including Top of the Fringe and Best Comedy “WOMEN” (w/Beth Dies) and “Pick of the Fringe” (w/Fringe Management). Also, in 2010, Matthew started the ENCORE Awards, for “best of” Hollywood Fringe and in 2016 BEYOND ENCORES. From the ENCORES, he has co-produced extensions of Pulp Shakespeare, Pokemusical and Sunny Afternoon. In 2016, he and Bertha Rodriguez partnered with Studio C Artists to explore stage to film/TV models.  Starting in 2018 Matthew Quinn has become a West Coast scout and booking agent for the NYC ENCORES and Soho Playhouse. In 2019 he produced "Latina Christmas Special" at the SoHo Playhouse and expanded into the UK and Japan.  In 2021, he worked on several streaming productions, touring digital fringes and created the YouTube show "What's Next?". 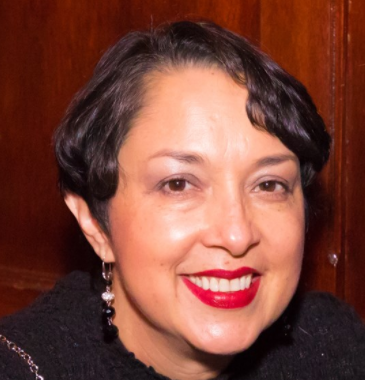 Bertha Rodriguez (Publicity Manager / Producer / Operations Manager) has been involved in theater production for over 20 years in San Francisco and Los Angeles. In 1998, she and Matthew Quinn, created Combined Artform Entertainment later changed to Combined Artform, a theater production company. Together they produced original works as well as adaptations. Bertha has worn many hats throughout the eyars from producer, writer, costumer, to publicist. In addition to producing theater and doing publicity, Bertha brings to the table extensive knowledge as a researcher, Intellectual Property Paralegal,  Intellectual Property Investigator and Script Clearance. She holds a B.A. and M.A. in Industrial/Organizational Psychology as well as a Paralegal Certificate. Her non-theater experience has been very instrumental with the services she provides as a Producer as well as a Public Relations Manager.
Most recent theater projects Bertha has been a producer on are “Revocable Trust,” “Campfire Stories,” and “Letters From Young Gay Men,” directed by John Coppola; Yes, Virginia,” directed by Stan Zimmerman; and Tolstoy In Suffolk directed by Robert Ackerman. Tolstoy In Suffolk was picked by Huffington Post as one of the Los Angeles 2017 Top Ten Theater Productions.
Bertha has been an active player along side Matthew Quinn as a coordinator with the Asylum venues in the Hollywood Fringe Festival since its onset in 2010. In 2015, she extended her publicity services to non-Asylum renters or productions.

THEATER ASYLUM is a venue and production management company that provides venues with a trained staff and coordinated pr and social media plan. In addition, we offer publicity and production services.  With over ten years of Fringe experience combined, in LA and SF, you will see why so many previous productions return to our venues every year. Last year,we had the largest number of shows in our venues including several award winners. We pride ourselves on a strong Fringe community spirit and are very active on the Venue Committee and HFF Advisor Board. In addition, we’re the Executive producers of the ENCORE (best of) awards following the HFF in July.
​

Mike Blaha
Producer - Fringe Management
​“I know Matthew from my role as a theatre producer on productions in the Hollywood Fringe, including some as Matthew's producing partner, and in connection with other productions in Los Angeles. Matthew is a fantastic theatre and festival manager and producer. He is professional, innovative, passionate about live theatre and just an all around joy to work with. Cannot recommend him highly enough.”

Ben Hill
Executive Director - Hollywood Fringe Festival
“Matt Quinn is a competent and wise producer. His contributions were critical in the formation of the Hollywood Fringe and he continues to be an invaluable member to this day. I'd heartily endorse Matt for any future employment.”

Stan Zimmerman,
Writer/Director/Producer
“I feel so fortunate to have worked with Matt Quinn/Combined Artform on over four productions.  And counting…  Matt not only brings with him a wealth of knowledge and experience of the LA (and SF) theatre scenes, but a generosity of spirit, a real “can do” attitude and sense of joy for the work.”

Terri Weiss
Writer - Monkey Mind
"When Johnny Coppola agreed to be my director for my 2019 Fringe show, Monkey MInd, After we’d talked for awhile, he realized I really didn’t have a clue to what I was doing.  He said, “You really need a producer, honey.” I knew he was right but scared to death at what it might cost me.  I asked him who he’d recommend and he said Matthew Quinn.  I called Matt and after we’d talked he said he’d co-produce with me, making sure I didn’t get screwed on money or deals and he’d HELP me through the project.  Well I have to laugh, he really didn’t help me, he DID EVERYTHING FOR ME.  I never, ever could have done it without him and because of his expertise, my show turned out better than my high expectations. He walked me through EVERYTHING.  If you’re new to the business and want someone to hold your hand and guide you through what could be a really scary project, call him up.  HE’S THE BEST!!!!!!!!!!!!"

Alex Frankel
Writer - Revocable Trust
During the summer and fall of 2018 I worked with Matthew Quinn, who served as a producer, on my first full-length play Revocable Trust. It was an absolutely positive experience. At every step of the way, Matthew was helpful, insightful, and thorough. Producing a play is hard work, but in this case it was really much more play than work, and I would not hesitate to collaborate with Matthew on future projects. He is a pro, and he knows how to work with playwrights, actors, directors as well as other crew, and address all their needs. Whether it came to finding props, printing postcards and posters, or offering thoughts on artistic aspects of our play, he was always helpful and fully engaged. Along with Bertha Rodriguez, Matthew is a valuable person to have at your side as you get your work onto the stage and publicity into the community. Bravo!

Lawrie Chiaro Smylie​
Writer - Let's Write A Musical
I put up my musical. “Let’s Write a Musical”,  at the Hollywood Fringe Festival in June 2019.  Matt Quinn was my Producer.
Matt was extraordinary. He found me a Director. He helped me come up with a budget. He introduced me to fellow “fringers”, including key people who I could invite to see our show. Although he was also in charge of the Festival, I always felt like a priority. Since this was my first Fringe Festival, I had a million questions. Matt took my every call and patiently addressed all my concerns. He helped me to create and order my business cards, postcards and posters.
Basically he held my hand and never let go. I had an incredibly wonderful experience participating in the Festival, in large part, thanks to Matt’s guidance and support.

Beyond The Hollywood Fringe


​A Trio on the Fringe: Crafts, Quinn and Guberek