​Theater Asylum is a venue and production management company.

We have been producing theatre and running venues for over 20 years,
with over twelve years of experience with Fringe in Hollywood, San Francisco and New York City.

Through Asylum Consulting, we provide publicity, production and consulting services
for Fringe and other theater productions.

With live performance venues closed around the world, many artists are looking to the future by creating new material, adapting old material, and exploring artistic ways to utilize the digital landscape. Many others are trying to figure out just what’s next for live entertainment. "Is streaming theatre, actually theatre?" "What will happen when venues open?" "How will theatre find equal representation in their shows?"

"What’s Next?" aims to answer these questions. This new, interview style series is created and hosted by Matthew (Matt) Quinn - award winning Los Angeles producer, venue manager, and pioneer of “techno Improv” with Tilted Frame. Like many theatre-makers, Matt is making pivots in his artistic career to satisfy the continued need for entertainment. During the quarantine, he took solace in speaking with colleagues from around the world about the current and future challenges, realizing that others could benefit from the wide array of information he was discovering.

For each episode, Matthew will host pioneers and global theatre professionals to discuss what’s happening now and what’s next for venues, live streaming, and diversity in theatre. Each episode hopes to educate and enlighten artists and audiences looking to answer, "What’s Next?” In the first two episodes, Matthew explores the rise of online theater performance with the vanguard and forward thinkers of this exploding format. Is it the savior of live performance or its temporary fix? 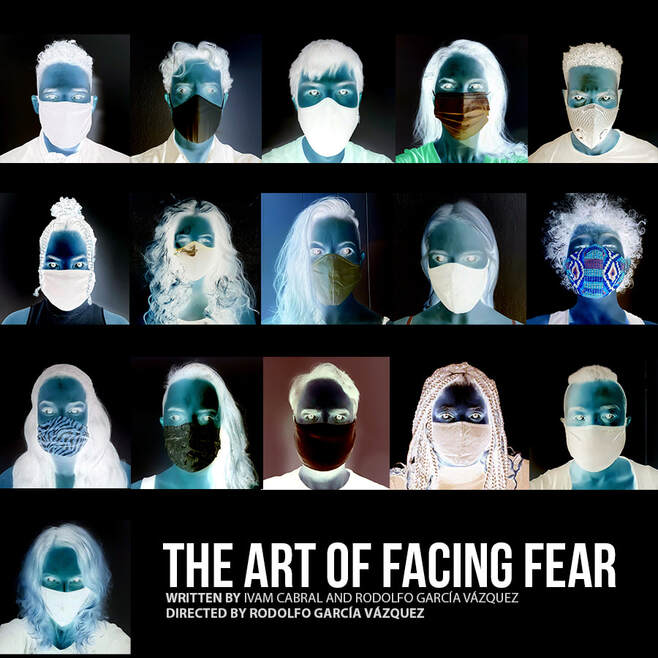 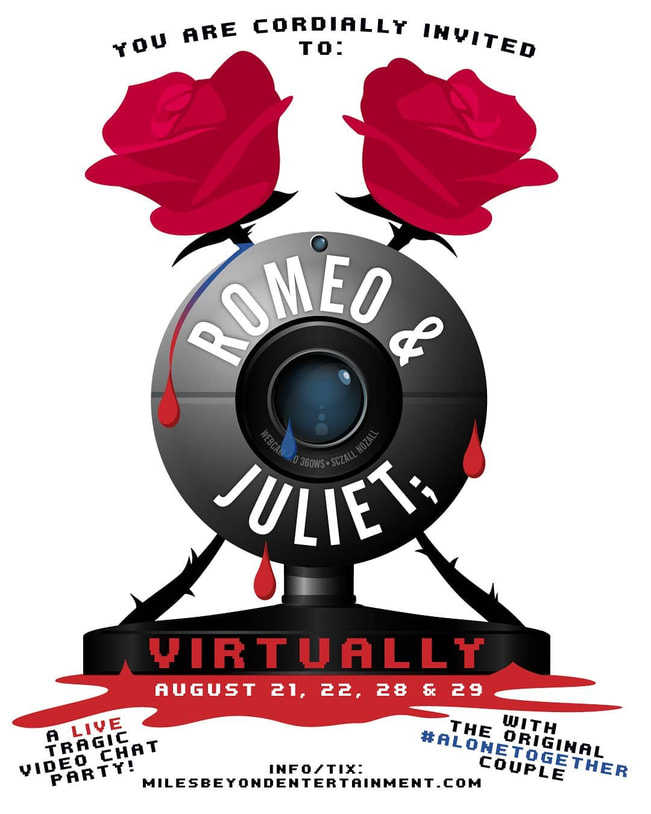 CHECK OUT OUR TRAILER

BOOKING FOR HFF21 WILL BE BEGIN ONCE DATES ARE ANNOUNCED
​
#FRINGEISCOMING

Theater Asylum / Combined Artform offers a wide range of consulting services.
With over 25 years of experience, we're here to help you create your vision 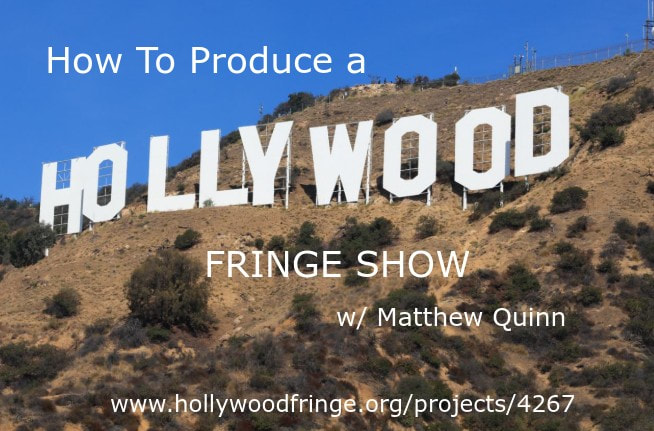 WE WILL BE ANNOUNCING ONLINE WORKSHOP DATES SOON!
(Email info@theatreasylum.com to get updates)
​
​​
HOW TO PRODUCE A HOLLYWOOD FRINGE SHOW
w/ Matthew Quinn
​
Want to produce a show at the Hollywood Fringe Festival (HFF) and don’t know how?

Excited about the thought of doing a show at HFF , but have concerns and questions?

Get the answers to your questions and an overview of the Hollywood Fringe in this 3 hour introduction workshop, taught by Matthew Quinn, a 20+ year veteran producer/8 year HFF experienced Venue Manager.

The workshop will walk you through the step by step process of creating a project, finding a venue, creating a budget, publicity and production as well as money saving tips and the best way to utilize all the HFF has to offer.. This workshop is valuable for any independent theatre producer. In addition, each participant will get an E-File including an adjustable budget and timeline. 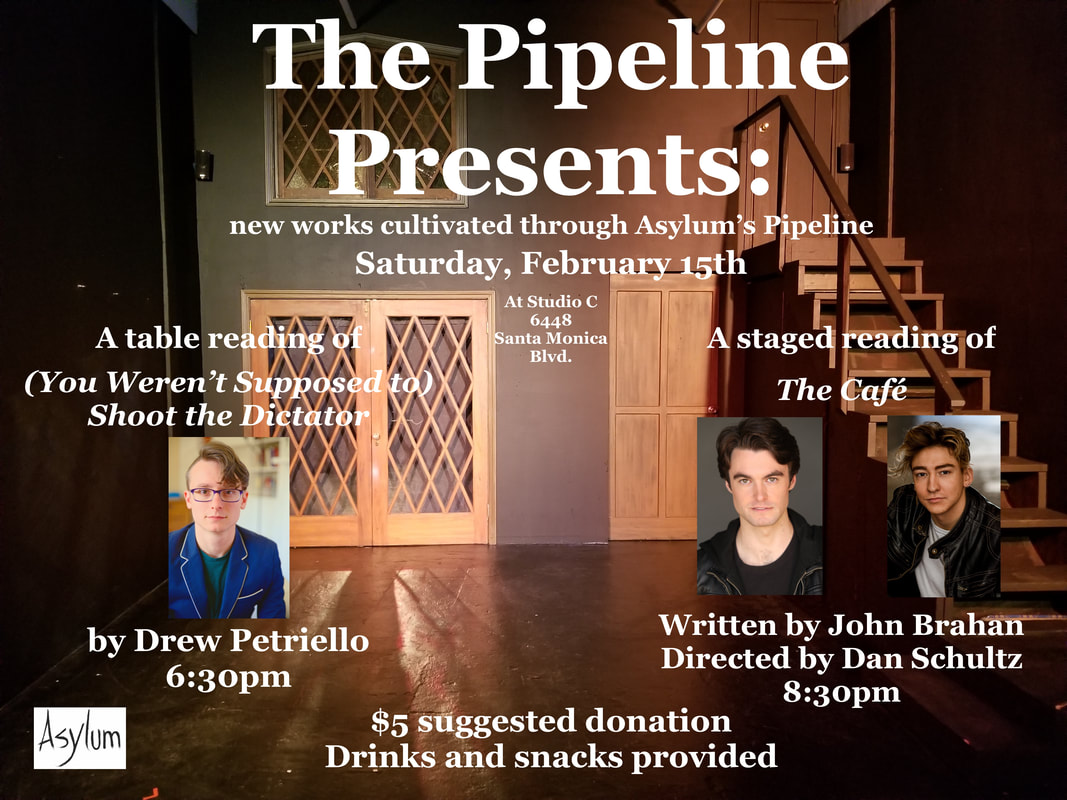 (YOU WEREN’T SUPPOSED TO) SHOOT THE DICTATOR. The dictator of Rimedoj is dead – rejoice! Well, maybe not. You see, shooting the dictator was not part of the plan, and now the four revolutionaries who jumped the gun have to figure their way out of a tough spot. The dictator is dead, but he’s supposed to give a speech soon… and his supporters are eagerly anticipating him outside. Add in a smattering of hidden agendas, betrayals, and vastly differing interpretations of the word “revolution”… it will take all of the wits they can muster to pull their coup off without murdering each other first. Written by Drew Petriello.

THE CAFE. Kyle’s coffee shop has been open for less than two weeks and making his coffee shop a success is his top priority. Unfortunately, due to the actions and comments of his employees and himself, his newest hire, Chase, feels uncomfortable in the workplace. She quits on her first day, leaving a scalding review on her way out. This play explores the nuances of sexual harassment in the most mundane workplace and questions how we as a society address microaggressions in a post-Me Too world.  Written by John Brahan, Directed by Dan Schultz. Studio C - 6448 Santa Monica Blvd.,

COMING IN JUNE TO HOLLYWOOD FRINGE 2021 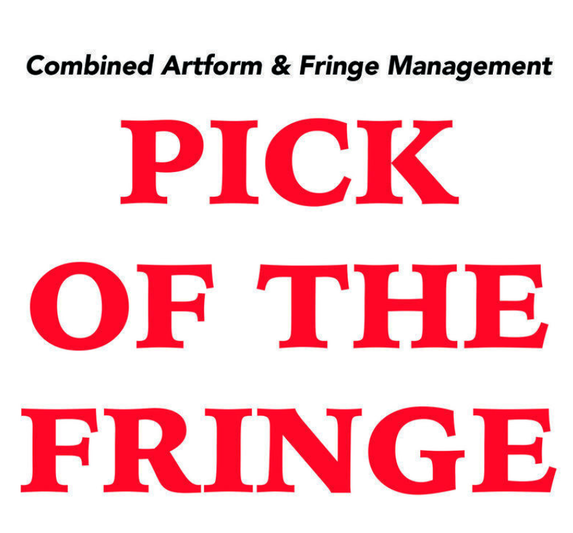 Can’t decide which Fringe shows to see? Looking for expert advice to weed through those 350+ shows at the Hollywood Fringe Festival? Want to get a taste of Fringe, but don’t have the time? Then check out Combined Artform’s Pick of the Fringe to provide you with a taster show, featuring the best of the Fringe. 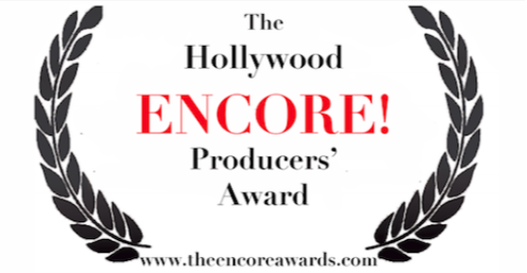 ​The Hollywood Encore! Producers’ Awards (Encores), produced by Combined Artform, returns for its tenth year. The Encores run July 1 through August 31, 2019 at eleven Hollywood venues. The best shows of the Hollywood Fringe Festival are extended through this time period. Over 50 judges, press and venue managers participated in selecting this year’s shows. Many commented that this year’s shows at the Festival were the strongest yet, both artistically and with full audiences. So here’s another chance to come and see the best the Hollywood Fringe Festival 2019 had to offer and keep the magic of the fringe alive in Hollywood.
​
​​Twitter Feed   @theatreasylum